Your diet and lifestyle can have a big impact on how well your immune function responds to challenges. Key nutrients include vitamins A, C and D, as well as zinc, iron and folate. You can get two of these – vitamin C and folate – in a daily glass of orange juice! Remember that 100% fruit juice never contains added sugars.

As your gut provides a first line of defense against viruses and other pathogens, it’s important to eat lots of fiber-rich foods which feed your healthy gut bacteria. Learn more at: 5 tips for immunity support 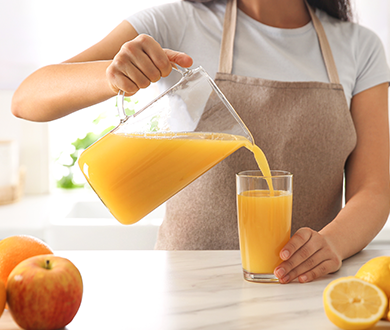 Tetra Pak consumer survey asked thousands of current and lapsed users in seven markets around the world what they think of 100% juice, where and how they drink it (or why they’ve lapsed), and what they most want from new products. Much the same factors are cited as prime consumption drivers, but with slight differences: healthiness comes top (49%), followed by tastiness (43%) and naturalness (32%). Again, refreshment is a strong factor in the UK (42%), while richness in fiber is particularly appealing in China (32%). Learn more: Tetra Pak Juice Index report, facts, figures and trends 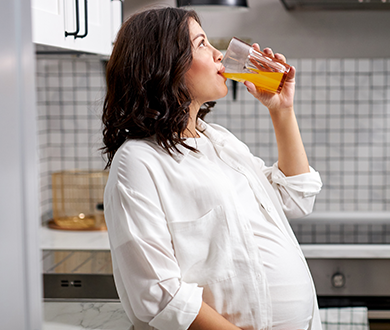 With the arrival of the baby, the mother’s routine changes completely, from interrupted nights of sleep to feeding during breastfeeding, which may need some care due to the child’s health. According to a study published in Revista Paulista de Pediatria, among the main reasons that lead mothers not to consume some foods during breastfeeding, according to the mother’s own reports and beliefs, are possible colic and gas production in babies and even diaper rash.

However, another study by Dankook University College of Medicine, in Seoul, Korea, reiterates that mothers who restrict at least one type of food during this period usually have no scientific justification for it and that, therefore, they need to be educated about practices by a nutritionist. Learn more at: Alimentação na amamentação: o que comer e o que evitar? 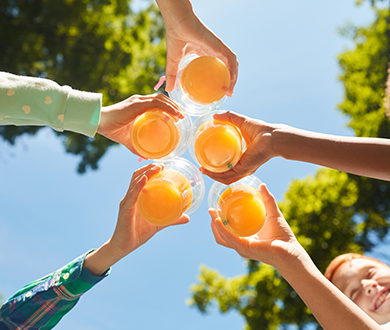 We know that orange juice is an important source of vitamin C, which strengthens the functioning of the immune system, improving the body’s defenses, which is why orange slush is a perfect recipe tip to make for and with children. Learn more: Receita de Raspadinha de Laranja 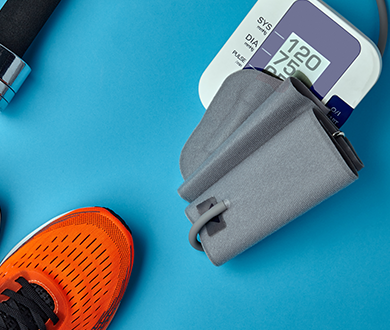 More than 1.3 billion people worldwide suffer from hypertension, a leading factor in heart disease and mortality. A growing body of scientific research shows that 100% orange juice, and its vitamins and minerals, may play a beneficial role in helping to lower blood pressure and other risk factors for heart disease. Learn more: Heart Health Study Shows that 100% Orange Juice & Hesperidin May Help Lower Blood Pressure 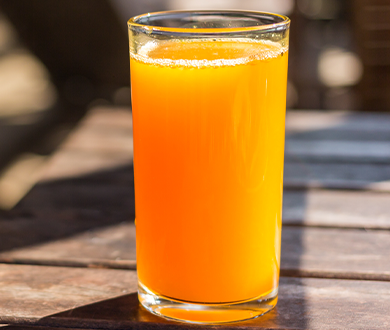 Iron plays a vital role in energy production within our bodies. Iron helps transport oxygen from the lungs throughout the rest of the body. Iron is also a part of many enzymes in the body including those that provide antioxidant protection.

Ensure optimal iron intake by eating foods that are high in iron, such as animal proteins, lentils, potatoes, and green leafy vegetables. The iron from plant-based foods is not as well absorbed in the body as iron from animal proteins. When consuming iron-rich plants, it is beneficial to also consume foods with vitamin C or citric acid, such as 100% orange juice, which may help increase absorption of iron into your body. Learn more at: Increase Iron Absorption with 100% Orange Juice | Florida Orange Juice | Florida Orange Juice 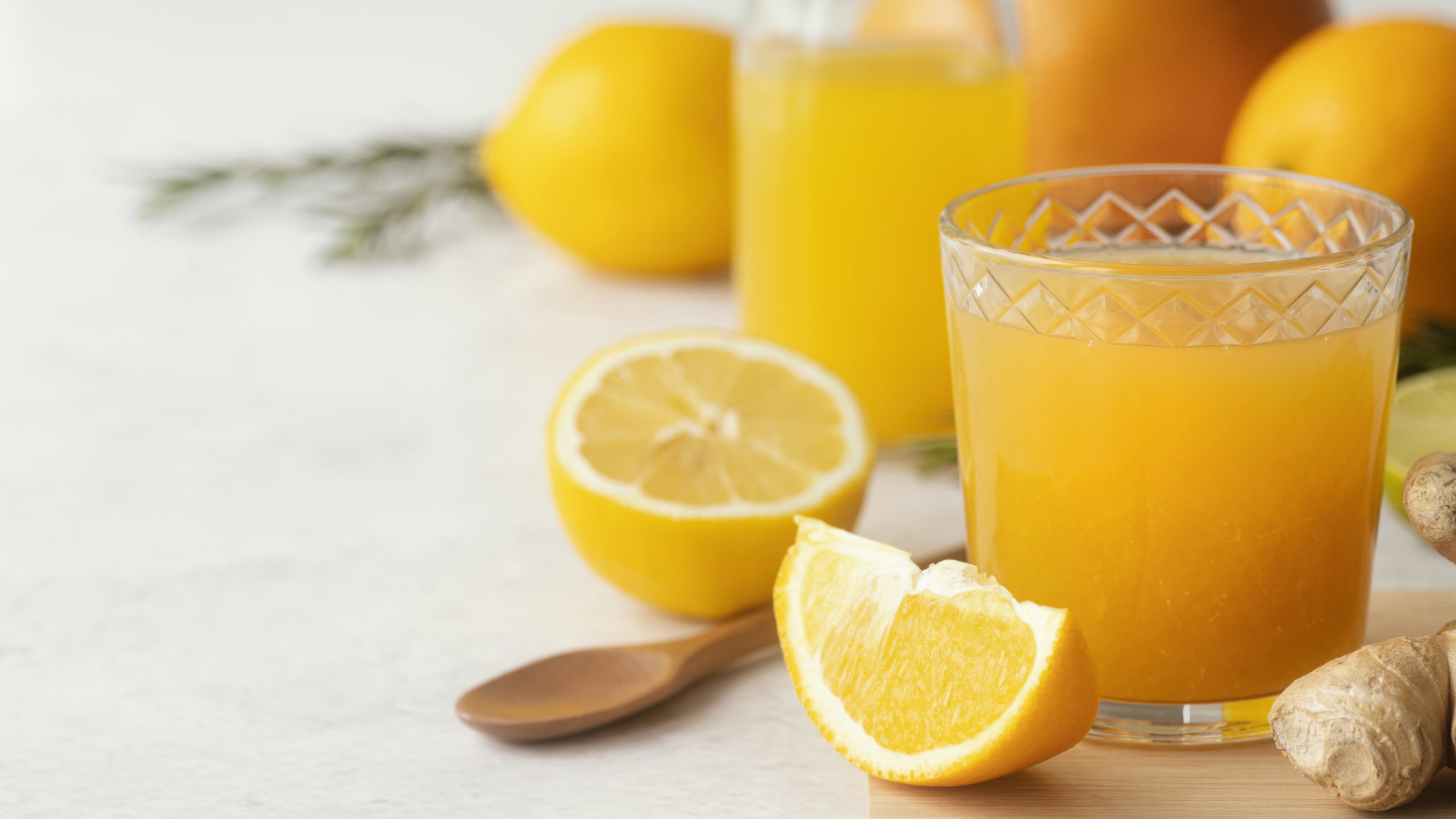 Gulfood 2021 just wrapped up and we couldn’t be more satisfied with the last three days!

Thanks to our partner FSL, we were able to showcase our company and talk about the major innovations in the sustainable development of agribusiness. We were also thrilled seeing that even during COVID times, the business in the Middle East and African region is reopening and gaining traction again.

Last but not least, we would like to say thank you to everyone that showed up at Citrosuco’s stand, as well as those who couldn’t attend, we appreciate your enthusiasm and support.

We look forward to seeing you again at the next Gulfood!

The joint efforts of the companies united in the Sustainable Juice Covenant (SJC) are bearing fruit: the latest progress report for the SJC 2030 program indicates that the juice volume sustainably sourced by the SJC members has reached 33% in 2020.

The growth in sustainable volume means not only that the SJC has more than achieved its target for 2020, but also indicates that the members are right on track to deliver on their commitment of 100% sustainable juice by 2030.

A molecule found in sweet oranges and tangerines could help to reverse obesity and reduce the risk of heart disease and diabetes, a new study in mice has reaffirmed, but their theory behind the mechanism of the effects has been ruled out.

This website uses cookies to improve your experience while you navigate through the website. Out of these, the cookies that are categorized as necessary are stored on your browser as they are essential for the working of basic functionalities of the website. We also use third-party cookies that help us analyze and understand how you use this website. These cookies will be stored in your browser only with your consent. You also have the option to opt-out of these cookies. But opting out of some of these cookies may affect your browsing experience.
Necessary Sempre ativado

Performance cookies are used to understand and analyze the key performance indexes of the website which helps in delivering a better user experience for the visitors.

Analytical cookies are used to understand how visitors interact with the website. These cookies help provide information on metrics the number of visitors, bounce rate, traffic source, etc.

Advertisement cookies are used to provide visitors with relevant ads and marketing campaigns. These cookies track visitors across websites and collect information to provide customized ads.

Other uncategorized cookies are those that are being analyzed and have not been classified into a category as yet.